From once being considered the underbelly of natural stimulants and obtained through under the table dealings and street corners, to being a legalized form of recreation and medical benefits, marijuana has come a long way since its introduction into modern society. 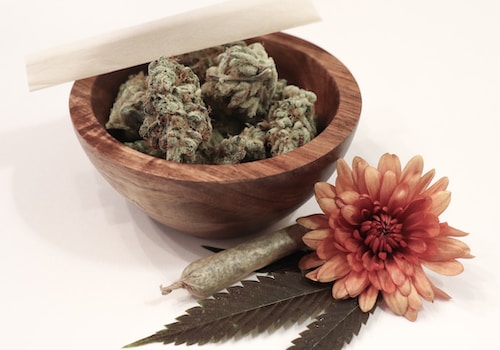 Cannabis education helped pave the way for marijuana greater adoption, and after going through a few difficult decades where it faced immense opposition, cannabis has finally come to the point where it is being legally recognized as a form of recreation by territories all over the world.

From the State of Washington’s bold step to legalizing marijuana to Canada’s deeply subversive decision of accepting it as a recreational substance, cannabis has seen tremendous advancements in the way that it is viewed by the world and adopted by its passionate cannabis community.

The results that have been obtained by the territories that have legalized the recreational use of cannabis have also inspired even those states that once shied away from it. This includes the state of New York, that despite seeing a very profound connection through its marijuana community, still has not seen legal adoption of cannabis to its name.

This has provided the marijuana community with platforms that could effectively act as its launch pad. For instance, even if you only talk about the U.S., the states of California, Colorado, and Washington act as success stories on marijuana’s proverbial portfolio, with each of them having earned billions of dollars in terms of revenue from marijuana sales.

While Washington is considered the trailblazer as being the first U.S. territory to legalize marijuana for recreational purposes, it is the latter counterparts, California and Colorado, that surpass it in terms of total revenue.

For clarification purposes, the aforementioned population ratio of course has to be adjusted for adults, and then for adults who use marijuana, but it provides perspective as a set of analytical data.

Whereas, the first day of sales in Canada after the legalization of marijuana seems to tell a success story of its own. From the country that became the center for weed memes this past month, came reports that its provincial marijuana retailers noticed over 30,000 online transactions, with physical transactions going around 12,500. To realize that this only constitutes for a single day of sales tells you how successful of an industry could marijuana lead within the maple country in the future.

Due to this, the future of new sales centers such as a marijuana online shop, looks very bright – no matter where it provides its services.

Keeping this mind, for territories that have not yet legalized recreational marijuana, it is not a question of “if” anymore and just a question of “when” in terms of marijuana adoption. It just remains to be seen how soon could these territories all around the world adopt marijuana in all its glory.